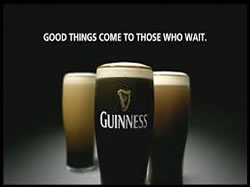 Donald Trump.There is nothing in his background or mine that would cause me to like this guy. By his own words he is a sexist, misogynistic, race baiting bigot. His actions have led me to the opinion that he is a bully, a narcissist and one of the most insecure individuals in public life today. He is also either a liar or a psychopath, possibly both.

I have a simple test when it comes to judging another male of my species. I call it Rich’s Rule. Rich’s is a bar in my old neighborhood of Argentine in the West Bottoms of Kansas City. The rule is simple. If you would be accepted by the guys that drank at Rich’s, you pass.

The patrons of Rich’s didn’t suffer fools lightly. These were men who worked in the local steel plant, railroad yards and packing houses; the same folks who are counted today as part of the Trump demographic, former Regan Democrats. So how can it be that these guys could vote for a guy they wouldn’t have a beer with? The answer is they wouldn’t, not in the late fifties and early sixties. But times change and where once votes were cast with a sense of power and purpose, they now are used to express frustration and feelings of hopelessness. Trump voters voted for a symbol but in so doing elected the man to office. So I am invoking Rich’s Rule. Since we now have a President I wouldn’t have a drink with, don’t ask me to support him.