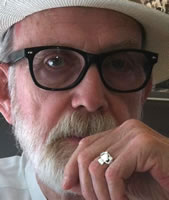 Let me state the premise of this entry up front knowing full well that many of you will tune out after reading this. It is my contention that well over ninety percent of white persons in this country meet the dictionary definition of racist: “a belief that race is the primary determinant of human traits and capacities and those racial differences produce an inherent superiority of a particular race.” I base this assertion on over seventy five years of empirical observation and data. I contend that it is part of our social and cultural DNA and that we need to establish a twelve step program for racists, a meeting where I could stand up and say “Hi. I’m David and I’m a racist” and my fellow racist attendees would respond “Welcome David.” Before we go further, a little background is in order.

My father was also a racist as was my grandfather before him and so too for generations prior. I remember the first time I fully accepted the truth of that statement.

It was an early spring morning, one of those light, bright April days that offer the promise of adventure to the soul of a sixteen year old boy. We had moved back down into Argentine after the flood. We lived in an apartment owned by a Mrs. Mahoney. She occupied one half of the duplex along with her boarder, Joe Spino. Joe was a local barber who emigrated from Italy some twenty years earlier. We had three rooms and shared the bathroom. There was a bedroom that my mother and father occupied a small kitchen and a tiny living room. I slept on a couch in that front room. I remember standing in that front room and laughing at some joke my father had made as I picked up my books and started out the door to school. As I opened the door, I saw a black man (I would have thought and said ‘colored’) walking up the sidewalk to our porch. I smiled at him and asked if I could be of help. He didn’t return the smile and asked if my father was home. I said yes and asked if he would like to come in. “No, I will wait here, thank you.” No sooner had he spoken when my father appeared at the door. I went back inside while my father spoke with him. In a few minutes the conversation was ended and my Dad stepped inside. “That was Charles.” He said. “He has worked with us since the flood and just wanted to let me know that he would be late to work.” “That was nice of him.” My mother said. Dad did not acknowledge my Mother’s comment. Instead, he turned to me and said “Son, you don’t invite a nigger in our home. He can wait outside. You understand?” I didn’t but I answered “Yes, Sir.” “OK then. I will see you all tonight.” With that we were both out the door, he to work, me to my segregated high school. The man never returned and neither did the view I held of my father prior to that brief conversation.

As I walked to school that morning, I couldn’t get out of my mind the picture of the man who was not permitted in our home. Our home. I remember thinking that he probably had a home, a real home with a bath of his own and not a couple of rooms and a bathroom that you tried not to use because it had to be perfect after you used it. No wonder I spent so much time on the streets.

That wasn’t the first time I heard my father use the N word and in the short time he had remaining in his life, it wouldn’t be the last. I remember sitting watching a TV boxing match with him.  Watching boxing was one of the things I loved doing with my Dad. The Wednesday Night fights were sponsored by Pabts Blue Ribbon Beer and the Friday night fights were put on by Gillette. The fighters were a couple of middle weights, Joey Giardello and Tiger Jones. Jones was a black guy and Giardello an Italian. My mother walked into the room and, glancing at the TV screen, asked. “Which one is the white guy?” My father replied, “There isn’t a white guy in that ring unless it’s the referee!” We all laughed.

The N word was a part of the everyday language and humor of our lives. As I child, I remember using the choosing rhyme: “Eniey, Miney, miny moe. Catch a n….r by the toe. If he hollers make him pay fifty dollars every day. My mother told me to choose this very one.”

My mother read me Little Black Sambo. Certain chocolate candies were known as “n….r toes” Blacks were not permitted to attend the local movie theater.  Kansas City in the 1950s was as Jim Crow, in many ways, as any city in the south. But underneath, things were beginning to change. And as it always has been and ever will be this change began in the only possible place it could begin, in Mind. Now back to the twelve steps.

If you’re still with me thanks. I feel better for having written this. I hope you feel something for having read it.